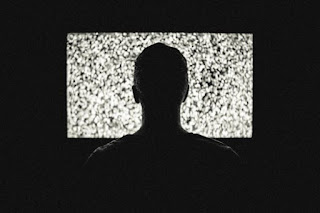 Lots of people are legitimately confused right now. We live in a world where the people warning us about "fake news" are the ones fabricating the lies. "Alternative facts" are spun daily to reinforce these lies. And while there are plenty of smart, fair, balanced reporters pointing this out, the narrative has been spun so far out of control that anyone who challenges these lies is made to look like the enemy. The most horrible part about all of it is that a lot of people actually believe this narrative, even when there is zero real evidence to support it. This is gaslighting.

Gaslighting makes people doubt their own perception of what's going on. Masters of gaslighting know just how to take hold of fears and spin them into someone's worst nightmare. Gaslighters manipulate so that victims have to rely on them, and them alone, to get their information. They are always one step ahead, because they know they lied, and they are already twisting information around before anyone else can process it. A gaslighter will blame someone of exactly what he is doing. While that person searches their own conscience and tries to defend themself, a gaslighter will continue to blame and lie until they are an exhausted puddle.

The antidote to gaslighting is to teach people how to spot the lie and how to think for themselves. Not what their pastor thinks, or their spouse, or the talking heads on TV. Taking ownership of one's thoughts is important. Usually, the only way to do that is to get far away from the person who is doing the gaslighting.

In regards to the gaslighting that is taking place in the media, stepping away from extremist news sources and a stepping toward moderate, non-partisan sources is critical. The best critical thinkers are objective readers who cross check their information. Mediabiasfactcheck.com is one resource. It's a good place to start, but there are several others. Education and access to a variety of information is an important tool. A community college level class on critical thinking teaches enough skills for most people to recognize fallacies and apply logic to the information they are taking in.

It is hard to watch people blindly accept the lies they are fed. Harder still, is to watch them choose to believe it because on some level it's an easier path. People want to believe they are basically good, yet the failure to challenge a lie means they are complicit. For some, it is easier to hide behind the lies of the abuser than it is to stand out in the open.