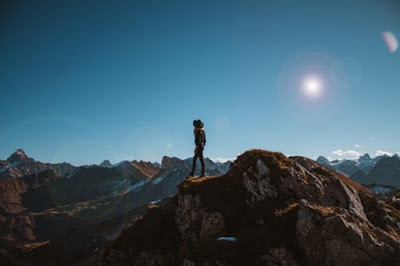 As I reveal yet another aspect of abuse that I previously kept hidden, my mind and body take a while to recover. Last week, publishing a few details about sexual abuse for the first time, I was in my kitchen making breakfast when I suddenly burst into tears. My whole body shook. The information is not new to me, but it would be new to some others. Most of the people who read my blog don't know me, but when I think of the ones who do, I re-experience the trauma through their eyes.

It hurts to reveal something that had been previously pushed aside. When all of the emotion that had been previously denied is now allowed to come to surface to be felt, it can be overwhelming. I think this is why so many people choose to live in denial of abuse for so long. On some level they know how much it will hurt them to acknowledge the depth of those feelings.

Another reason people choose not to disclose abuse is a fear of retaliation. For many, retaliation is legitimate concern, and it is not limited to physical abuse. Abusive personalities will seek to destroy anyone who confronts or exposes them. When I was in my twenties and was confronting my parents' abuse for the first time as an adult, they proceeded with a smear campaign to discredit me to the rest of my family. More accurately, my father championed the campaign, and my mother, even though she was divorced from him at the time, enabled him to do so. My father convinced my ailing grandparents that I was trying to steal money from them, and they believed him. My grandmother died still thinking I had done her wrong. I had a chance to reconnect with my grandfather before he died, but I don't think he ever fully believed me. Instead, he chose to forgive me for something he believed I did. My father used to call me up drunk and say all kinds of nonsensical things to me. I blocked him from coming to my (first) wedding, but he crashed the reception anyway, with the help of my mother. He went on to tell my family that I was the one being a jerk for not "forgiving" him. Some believed him, and some didn't know what to think. As a result, I am now only in touch with two cousins in my entire extended family.

Last night I had nightmares about all sorts of extreme ways my parents could get back at me for speaking out. Some of them are improbable, but some of them are within the realm of possibility. Even though I went no contact many years ago, it doesn't mean I am completely safe from retaliation. My parents lack boundaries, which means that further abuse is possible and probable. They are the kind of people, if given any information, will find a way to use it against me. People with personality disorders do not take any responsibility for the destruction they cause. They can't be sorry, because they can't claim fault of any kind. If my parents knew that I was finally speaking up, the first thing they would try to do is discredit me to others. they would twist it around and do everything they could to make me look crazy or spiteful. They would point out to anyone willing to listen that there are two sides to every story.

The thing is, in my case and also in the case of many who have been abused, the only side of the story that has been allowed to surface is theirs. In abusive situations, there is no such thing as equal fault. There is abuse and there is the recipient of abuse. Yet, blaming the victim for the behavior of the abuser is all too commonly accepted. If two normal people have a disagreement, there is a good chance both are capable of being heard, and feelings are capable of being acknowledged. When having a disagreement with a disordered person, basic feelings are rejected, faults are denied, and the whole scenario becomes far more contentious than it has to be.

People who haven't experienced it for themselves tend to underestimate how much it costs a person physically, mentally, and emotionally to speak up about abuse. It's much easier to dismiss them as weak. They still think there must be some way for understanding to occur. As I acknowledge my past, it seems every day I wake up to a new insight into the many ways I coped and minimized the abuse, even to myself. When there is a long history of abuse, disclosing it is not a one and done event.  Some days I feel the full weight. It feels like I may never get to the end of recovering and re-processing the events. Other days, I can marvel at how far I've come. It's like approaching a mountain. From a perspective far away,  it looks like a complete picture, and I might only see a couple peaks. Once I'm climbing it, I am experiencing every ridge and valley. It's no longer two dimensional- it stretches for miles beyond my range of sight. While I do my part to prevent an attack, I am treading into the wilderness where the beasts roam.