The Difference Between Trauma and Anxiety 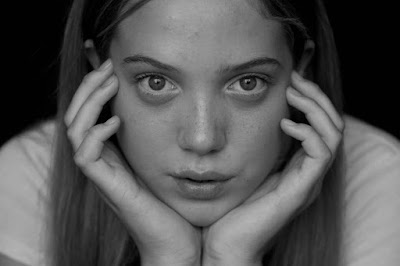 I've been living with the effects of complex trauma for a long time, but for many years I didn't know what it was. Off and on throughout my life, I've struggled with what I thought was anxiety and depression. Or rather, In addition to being traumatized, I was anxious and depressed.

All mental health is a serious matter, and should never be minimized. If you are feeling anxious or depressed, it's important and urgent to find the right support for you. No one gets a prize for "worst" depression, anxiety, trauma or any other combination of terrible things to deal with, and no one should suffer alone. With that in mind, there is a difference between what someone who has CPTSD feels and what someone with generalized anxiety or mild to moderate depression feels.

For someone dealing with complex trauma, the anxiety they feel does not come from some mysterious unknown source or obsessing about what could happen. For many, the anxiety they feel is not rational. General anxiety can often be calmed with grounding techniques and reminders of what is real and true. Mindfulness techniques can help. Even when they feel disconnected, anxious people can often acknowledge that they are loved and supported by others.

For those who have experienced trauma, anxiety comes from an automatic physiological response to what has actually, already happened. The brain and body have already lived through "worst case scenario" situations, know what it feels like, and are hell-bent on never going back there again. The fight/flight/ freeze response goes into overdrive. It's like living with a fire alarm that goes off at random intervals twenty four hours a day. It is extremely difficult for the rational brain to be convinced "that won't happen," because it already knows that it has happened, and it was horrific.

Those living with generalized anxiety often live in fear of the future. Those with complex trauma fear the future because of the past.

The remedy for both anxiety and trauma is to pull one's awareness back into the present. For a traumatized person who has experienced abuse, there are a variety of factors that make this difficult. First and foremost, a traumatized person must be living in a situation which is 100% safe before they can even begin to process the tsunami of anger, grief, and despair that has been locked inside of them, causing their hypervigilance and other anxious symptoms. That means that no one who abused them or enabled abuse in the past must be allowed to take up space in their life. It also means eliminating any other people who mirror the same abusive or enabling patterns. Unfortunately for many, creating a 100% abuser-free environment is not possible, even for those who set up good boundaries and are wary of the signs. That means that being present in the moment for a complex trauma survivor is not fail-proof, especially in a stressful event. They can be triggered into an emotional flashback by anything in their present environment.

It is possible (and likely) that someone suffering from the effects of complex trauma is also feeling anxious and depressed, but there is a difference to the root cause. Many effective strategies that treat anxiety and depression don't work for trauma survivors. Meditation and mindfulness techniques that make one more aware of their environment sometimes can produce an opposite effect on a trauma survivor.  Trauma survivors often don't need more awareness. They need to feel safe and secure in spite of what their awareness is telling them.

At the first sign of anxiety or depression, traumatized people will spiral into toxic shame. Depending on the wounding messages they received from their abusers, they will not only feel the effects of anxiety and depression, but also a deep shame for being "defective" or "lame," or "not good enough." Many survivors were emotionally and/or physically abandoned, and have a deep rooted knowledge of the fact that they were insufficiently loved. They live with a constant reminder that their brains and bodies were deprived of a basic human right. Even present-day situations where they are receiving love from a safe person can trigger the awareness and subsequent grief of knowing how unloved they were by comparison.

Anxiety and depression are considered commonplace, but I suspect that many of those who consider themselves anxious or depressed are actually experiencing the fallout of trauma. Most therapists are not well trained to handle trauma, especially the complex kind that stems from prolonged exposure to abuse. Unless they are specially certified, they might have had a few hours in graduate school on Cluster B personality disorders, and even fewer hours on helping their survivors. Many survivors of complex trauma are often misdiagnosed as having Borderline Personality Disorder or Bipolar Disorder. Anyone who has sought treatment for generalized anxiety or depression owes themselves a deeper look at whether trauma plays a role.