The Burden of Achievement 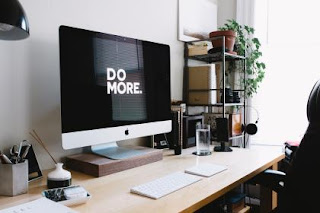 My go-to method of coping with abuse is to achieve. School, and eventually work, were my escape. They were the places I got positive reinforcement for doing a good job, and I was always eager to please. At home, if I did a good job, it would either go unnoticed or there would suddenly be some alternate criteria that meant I failed. To escape at home, I read. I was less likely to be a target if I made myself invisible with a book.

In Kindergarten, I read at a fourth grade level. I was told many years later by my mother. She added that she made sure to play down my aptitude so as to not upset my older brother who struggled to read. My mother had a way of shutting me down and enabling my brother. I was expected to do well in school, but my parents never asked me about what I was studying or bothered to look at my homework. It never occurred to either of us that they could, and maybe should, engage me intellectually, or at all. They expected me to be totally independent, which was fine by me, because depending on them for anything lead to disappointment.

In my junior year of high school I figured out that I had enough credits to graduate early, if I took some additional classes at the local community college. It meant a total of nine classes, in addition to a pile of activities I was involved in at school, but I was motivated to leave home as soon as possible. The added bonus was that it kept me so busy, I was rarely home anyway. With great relief, I left for college two months after my seventeenth birthday. I drove myself two thousand miles away to start my own life. At school, I watched my new roommate say goodbye to her tearful, sweet mother, who had driven her to school and helped her get settled into our dorm. I had already been emotionally living on my own for so many years that I had forgotten that having an emotional attachment to a parent was normal.

For me, when things got hard, I got busy. I was accustomed to working long hours, and often I was rewarded for them. There were many positive reinforcements to be had for my accomplishments at work and school. No one, except for a small handful of my closest friends, knew about the abuse. Even then, it would take years for me to tell those I was close to about some details. My external persona was to be positive and motivational to others. I was a mentor and a leader. I looked out for others. I excelled in my work. However, over the years, the underlying effects were eating away at me. I worked myself into exhaustion, but nothing I accomplished seemed like it was "enough." Success felt empty because it had been my only option for survival. It was not a choice, but a compulsion.

I struggled with survivor guilt over what I had achieved. Statistically, I should not have fared as well as I had. Over the years, my brother became debilitated from serious mental illness, and the complications from it haunted me. Our ways of coping were completely unalike, but had been unfairly compared to each other throughout our lives. I had internalized the message that any success on my part would steal his glory.

I was celebrated in my work. I was happily married. My kids were shockingly well-adjusted, amazing little people capable of love and empathy. I had broken the cycle. Still, I felt little satisfaction, because nothing could fill the void, which for me was the love and validation I needed as a child, but never experienced.