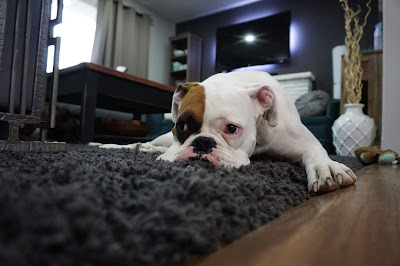 Trauma survivors seem to worry more than most that they are being 'lazy' when they aren't 100% productive. Let's expose that lie, shall we?

The traumatized brain is anything but lazy. In fact, it is over-worked, over-stimulated, over-active, and over-stressed. Trauma survivors have an enlarged amygdala, which triggers the fight-or-flight response. In a survivor, this response goes haywire. It cannot perceive between something that happened in the past with what's in the present. The brain remembers trauma in the form of flashbacks that constantly re-create the experience.

A traumatized brain is always on alert. Hypervigilance is constantly running in the background, assessing the situation and trying to report back to the rational brain what it finds. In order to keep up with everyday situations, it often must work hotter and harder than a brain without trauma.

Say a non-traumatized person wants to make a peanut butter and jelly sandwich. No sweat, right? It requires almost no thought, and it can usually be done under a minute. Someone with a traumatized brain who tries to make a peanut butter and jelly sandwich will grab the jar of peanut butter, and think about their friend with a peanut allergy who visited last week. Their brain will scold them for not making a better effort to remove all peanut products from the home before their friend visited. They will feel shame for not being a better friend, and noting that if anything did happen to their friend, they will surely would be blamed. This will probably trigger an emotional flashback of the way they were constantly blamed for things in the past. Once that has passed, they will grab the bread. They will be thinking about GMOs, and how that has an impact on health. Then, they'll think about all the pb&j's they've made for their kids. "I fed them junk that probably screwed them up for life..." The traumatized brain goes on and on like this in every situation, on every possible topic, relentlessly. Unchecked, it will continue to wreak havoc, until the trauma survivor collapses in exhaustion.

This is why traumatized people often burn out quickly compared to others. Their brains are working harder than most, and yet, survivors seem to carry a ton of guilt over the quantity and quality of their accomplishments. This is the nature of trauma that stems from narcissistic abuse. The brain was tricked into thinking it's responsible for things that it is not. Many survivors had abusers who told them they were lazy, insignificant, or downplayed their accomplishments. So naturally, when they struggle to complete tasks due to an overworked brain, those negative messages get reinforced.

We all have goals, and chances are, we'd all like to accomplish them sooner than reality permits. For those with traumatized brains, it's their number one job to heal. Rather than measure life in whatever external measures communicate success, whether that's the number of laundry piles folded or number of sales closed, think about some internal goals. How many times did I catch my own negative self-talk? How many times did I recognize that my body was tired or hungry, and did I give it what it needed?

Re-shifting these priorities can make a huge difference, but it's especially a challenge for those of us who cope by making ourselves too busy to face our trauma. When we take our own busyness away and replace it with really checking in with ourselves, it often means feeling uncomfortable feelings. It means tuning in to body, mind, and spirit that doesn't feel so hot. That takes time and energy that our tired brains don't have a lot of extra juice for. Sometimes, it seems easier to push through because it numbs us from fully feeling our pain. The result is almost always an inevitable crash. And when we crash, we feel like we are being "lazy." And so goes the vicious cycle.