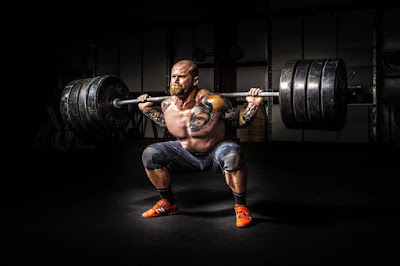 From a very young age, I learned how to take care of myself, physically and emotionally. I had to, because no one else was going to do it. I have early infant-toddler memories of being raged at if I cried for any reason, but the reason usually being that I was left alone for hours, cold, wet, and hungry. I eventually learned that if anyone was going to soothe me, it had to be me. Instead of my parents, I bonded to my blanket and my cat, because they were what helped me calm down. I started to cook and do dishes while standing on a step stool when I was five. As a young child, I was expected to do all the housework, and I did. Starting in first grade, I walked home from school, let myself in to an empty house, and did my homework while avoiding my abusive brother. I was expected to do well in school, and I did, completely and entirely on my own, without even so much as a "What are you working on?" from either parent. I essentially raised myself. And I did a pretty good job, considering. My independence and self-reliance helped me survive and get out.

There are many benefits to being self-reliant, but it also means that I have an over-developed sense of burden and responsibility. It's extremely difficult for me to put any confidence in others to pull their weight. Because I am so responsible and I take care of everything, I have trained those around me to check out, knowing that whatever it is will be handled by me. When I do delegate a task, I am often let down. Because of my own self-reliance, I set myself up to feel exhausted, unsupported, undervalued, and unappreciated.

When I realize I need to ask others for help, it's often too late. I am frustrated and overwhelmed. Often, it's too late for anyone else to step in to help. And besides, managing help from others is often more work than doing it myself. It's a sad and tiresome cycle that I am trying to break.

Here are a few things I'm reminding myself to do.

1. Hold others accountable. Because of my abusive past, I was conditioned from a young age to never, ever hold others accountable for letting me down. I wasn't allowed to have needs, so in the past, I would probably mumble some form of "it's alright..." and go back to carrying the load. It is a constant daily struggle for me to remember to take the burden off my shoulders and put it in its rightful place. But dang it, it's hard. People who are conditioned to not being held accountable HATE being held accountable. They get defensive and angry, and for a highly sensitive person like me, sometimes it's just too much.

3. Hold others accountable again. Here, I am reminded that as much as possible it's important for me to surround myself with people who want to be held accountable, and to do whatever I can to remove the ones from my life who don't. My needs do matter, and those who love and care for me want to help meet them. A safe person might get a little defensive in the moment when called out, but should have the ability to self-correct and appreciate why accountability is important. And maybe, just maybe, they will have the insight and maturity to be grateful.